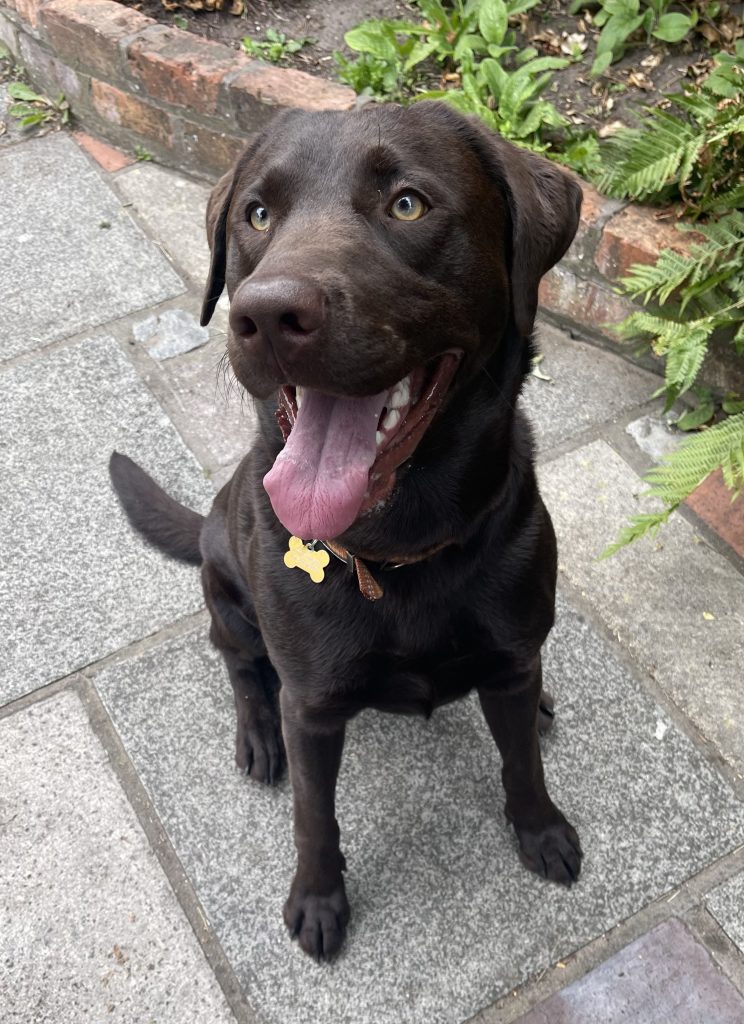 Reggie is a handsome one year old male Labradoodle with the most beautiful green eyes who is booked in for castration surgery on 19th July. Reggie has been surrendered from a family home where they felt they could not meet his exercise needs. His mum was a Labradoodle and his dad was a full Labrador, he has taken all of the Labrador traits and looks like a big Lab with a wavy coat. Reggie is a powerful boy and currengtly weighs approximately 34kgs. With this in mind he will need a capable and confident owner. He has been walked by a professional dog walker since he was a young puppy and has been taught some good manners including sit, paw, down, stay etc. He is taken out on a figure of eight slip lead with helps with his walking but without this he is a very strong dog and is keen to walk. He can be very exciteable around other dogs and is very puppy like in his behaviour, such as mouthing and jumping up. Reggie’s training will need to continue to make sure he blossoms into the wonderful boy he is. Reggie is a gorgeous dog and we can’t wait to find him the most amazing home.

Neutered – due on 19th July

Needs a home with other dogs – no but could live with another dog subject to successful introductions. No full time workers please, Reggie is being surrendered as his family want him to have more time and attention

Good with cats – Not tested

Good with kids – Due to Reggie’s size and strength we would not consider a home with younger children. We would consider older dog savvy teens

Travelling in the car – travels fine in a car

Housetrained – Reggie is very clean in the house

Recall – Recall is ok but he can be easily distracted, so needs continued work

A video home check and £500 adoption donation will apply