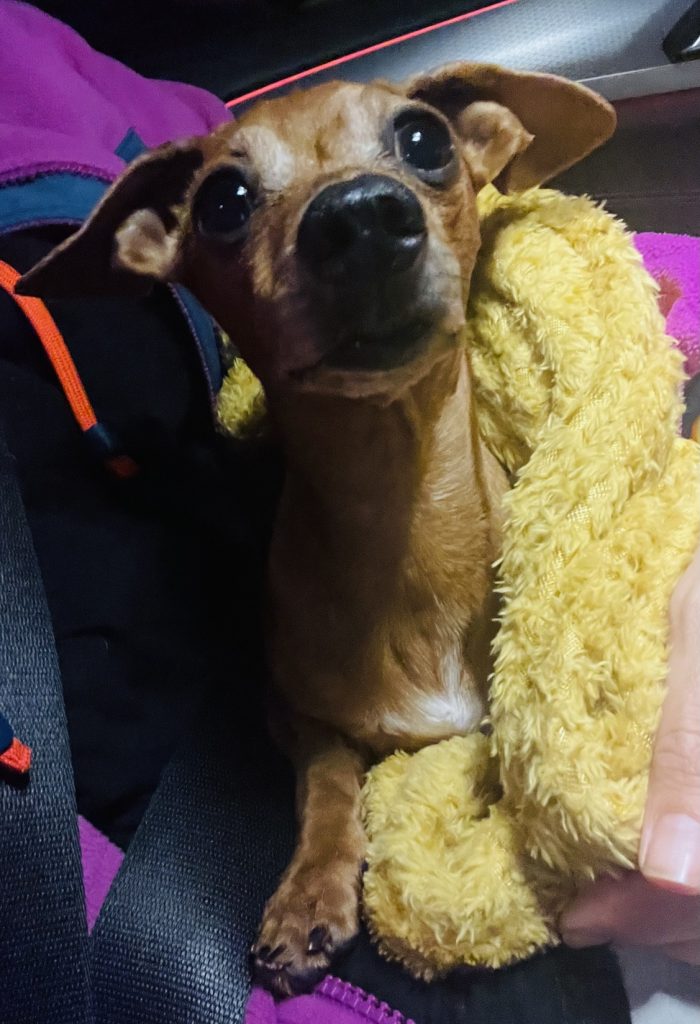 Sammy has been successfully rehomed and is a Dachshund mix, possible Chiweenie who was surrendered from a home with a young baby where he was unhappy with the changing dynamics of the new family member . He is very petite at only 2.5Kg but big in personality. Sammy can be quite vocal and stubborn. He would need a confident owner with similar breed experience. If Sammy is unhappy with something he will sometimes show his teeth. When he is moody his foster mum gives him his space, however it doesn’t last long and he will soon be back wagging his tails for cuddles. Sammy loves to sleep under a fleecy blanket and doesn’t like mornings. He would happily sleep under your duvet if you let him. Sammy loves to fetch a toy and play, but is easily upset by baby and young children noise. As a result he can only be rehomed where there are not any children or visiting children.

Known medical conditions – Sammy had no vaccination history so we have restarted his jabs and is due a booster in approximately two weeks. Sammy was castrated approximately six weeks ago with no complications. He is very petite and would benefit from adding some weight and muscle tone.

Needs a home with other dogs – Sammy previously lived as an only dog however he is currently in foster with other similar sized dogs. Either would be ok as long as someone is at home most of the time. Sammy is scared of big dogs.

Travelling in the car – Sammy travels fine in a car, usually on a passenger’s lap.

Housetrained – Sammy is currently clean in the house but this cannot be guaranteed.

Lead walking – Sammy walks well on a lead and loves to go for short frequent walks. Sammy does not like the rain.

Crate trained – Sammy currently sleeps in a covered crate in the kitchen.

Current diet – Sammy does need to gain some weight and eats a mix of wet and dry food.